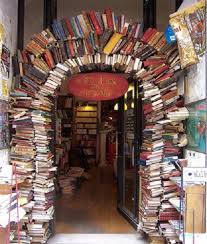 Books, to me, are a drug I simply can’t get enough of. I revere them. I fairly eat up the words, inhaling them as if they are an elixir of life. I get lost inside the stories and feel real emotions about the characters.

So, for me to actually throw a book into the dustbin is incredibly unusual.

I recently picked up a book written by the wife of an author I enjoy. The cover indicated that it was an international bestseller, so it sounded promising. The blurb looked interesting – a fast-paced thriller. I read the first four chapters, but was shaking my head so often and so much at the misplaced grammar and strangely worded sentences; I feared I had come down with some rare disease.

It read like a school project, interspersed with strange pieces of fashion advice. It made me so angry that this book had gone through (one assumes) good editing and still managed to come out so badly. I was angry that someone who obviously isn’t a good writer could have a book out there (and there are other’s by her) that’s touted as an international bestseller.  Additionally, she inserted information about a figure in history that practically anyone in the world should know, as if it were new and interesting information.

I decided that her husband had paid the publishing house to take her on. And that her books sell because there are some truly stupid people out in the world who may just enjoy reading a book or two over a lifetime.

Urgh. I threw it in the dustbin.

Words are so important. There’s a saying that a picture is worth a thousand words, but I truly believe that whoever said that simply ran out of words. Language can envelop you in phantasmagorical memories, starkly lit reality, intense romance, knee-knocking fear or heart stopping joy. We really shouldn’t mess with it.

Douglas Adams, in his Hitchhiker’s Guide to the Galaxy series, introduces us to a race of people (aliens) from some far off planet whose poetry is so incredibly bad; it’s used as a torture technique. That’s how I felt about Mrs famous author.

I’m not saying we should all strive to be Shakespeare, nor that I am in any way a perfect writer, but a little formulation in the way things are said would be nice. Before you go about spending your royalty cheque.

Stories and words should be held in the highest regard. The beauty and magic of a well-told story knows no equal. Stories can linger long after they’re at an end, and can be revisited at any time. They encourage imagination, allowing your mind to build sets, insert smells, feelings, sounds.

I do hope you never encounter the rubbish I tried so hard to endure. And if you do, I hope it doesn’t put you off the myriad extraordinary masters of storytelling out there.